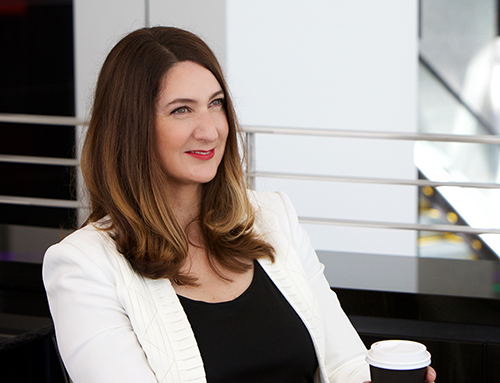 Frana’s first role was in the common law team of a midsized Whangarei firm working for former Environment Court Judge Gordon Whiting.  She specialised in criminal and civil litigation, including appearing as counsel in jury trials. She moved to London in 1996 and joined the in-house legal team of Eagle Star Insurance specialising in professional indemnity recovery work. In 1998 she joined a London borough council, where her role included defending judicial review proceedings, bringing property law claims, applying for injunctions and prosecuting quasi criminal matters.

Frana returned to New Zealand in 2001 and worked in general commercial and criminal litigation, before joining the predecessor of the firm in 2005.  Since then, her focus has been on acting for insurers and councils. Frana’s expertise lies in defending professional indemnity, construction and general liability claims and providing policy coverage advice.

Her work for councils and their insurers has included defending all manner of tortious claims including negligence, nuisance, Rylands v Fletcher, breach of statutory duty and misfeasance in a public office.  The subject matter of such claims has involved building defects, LIMs, flooding, geotechnical issues, coastal engineering, fire, land slips, fallen trees and breaches of the RMA.

Frana has appeared regularly in all courts including as junior counsel in the Supreme Court and instructing solicitor in the House of Lords. As well as her court advocacy skills, she frequently represents her clients in alternative dispute resolution processes.

Frana heads the firm’s enforcement and recoveries team where she assists insurers and councils to recover funds from third parties.

Frana regularly presents workshops for her clients and has been invited to provide seminars to the legal profession.  She assists various organisations on a pro bono basis.  She has been a trustee of the Dust Palace Charitable Trust since 2013 and was recently elected to the committee of The Insurance Network.

She is a member of the New Zealand Insurance Law Association and the Building Officials Institute of New Zealand.

“It has been a real pleasure knowing and learning from you.”

“Your session was a real eye opener providing excellent food for thought and the audience appeared totally absorbed in the session... The conference was very much the richer for your excellent contribution, both in respect of your presentation and your paper.”

“Your presentation was certainly the talk of the conference and it sparked many discussions on the varying types of people we have worked with.  There was a great level of humour and your enthusiasm was fantastic. Feedback received from delegates who attended has been overwhelmingly positive and we appreciate the role your contribution played in the production of such a high quality technical programme.”

“Many thanks for all your, and your team’s, efforts in this case. You won’t have known it, but I attended the closings for the first session this morning.  I agree with your observations, and, for what it is worth, I thought you presented the submissions really well.”

“What a great relief to know this is coming to an end. And it is thanks to your advice and dogged persistence, when we ourselves were at the point of throwing in the towel, that we owe this victory. It’s good to know that with an excellent lawyer, justice can be done!”

“Just a quick note to say well done...You achieved a great result for the Council, you were extremely well prepared and it was a pleasure working with you. I guess the bonus for you is that I suspect you’ve made a friend for life in [the developer]!”

Climate change is an issue that will continue to challenge central and local government for the foreseeable future. An article by Frana for LG Magazine.

TINY HOME OR NOT?

Conflicts between tiny home owners and local authorities have received heavy news coverage, they continue to cause headaches for council enforcement officers and MBIE has been asked to determine whether a steady stream of tiny homes are vehicles or buildings.

We act for twenty third party councils joined to this representative action by Carter Holt Harvey (CHH).  CHH is being sued by a number of home owners with Shadowclad, a CHH product, on their houses.  The claim is representative and funded by a litigation funder. The home owners allege that Shadowclad is inherently defective.  This judgment deals with CHH’s applications regarding abuse of process, leave to appeal and an associated stay.

We successfully applied to the High Court to reverse the Official’s Assignee’s decision to reject the council’s proof of debt in the bankruptcy of a developer.

We successfully resisted an application for leave and summary judgment brought by the plaintiff against our client the Whangarei District Council.

We successfully defended the council from a negligence claim due to limitation and although the council was found liable in nuisance, it was only for damage to a concrete driveway turning bay and not for the more expensive damage to the house.

We successfully defended the council against claims in nuisance and Rylands v Fletcher and although found liable in negligence, it was for only 26% of the amount claimed.

The Supreme Court found that time stops running for limitation purposes, in all jurisdictions, from the date a homeowner applies for an assessor’s report under the Weathertight Homes Resolution Services Act 2006.