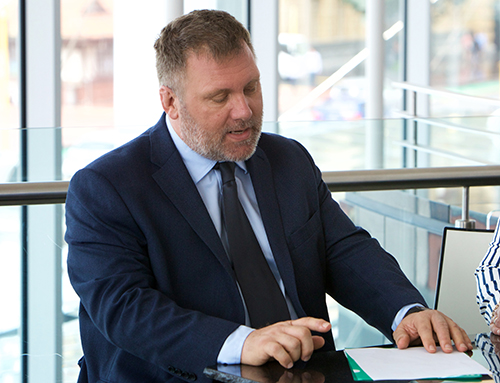 Paul was admitted to the bar in 1985 and graduated from the University of Otago in 1986. He was admitted as a solicitor of the Supreme Court of England and Wales in 1991

He joined a large Wellington law firm before practicing in England for three years.

Paul started working for the predecessor of the firm in 1997.  In 2013 he became a partner.

Paul has considerable experience in the litigation and insurance arenas and regularly appears in the Weathertight Homes Tribunal, the High Court, the Court of Appeal, the Employment Relations Authority and the Employment Court.

He has particular expertise in resolving claims involving flooding, nuisance, planning issues, allegations of negligence when inspecting buildings and disputes involving financial advisers and insurance brokers. He regularly advises on coverage under policies of insurance.

In addition to his extensive common law experience in relation to commercial disputes, Paul heads the firm’s employment liability team. He advises employers in relation to disputes with employees and general employment relations issues. Paul acts on behalf of the insurers of most schools in New Zealand as well as for societies and clubs, health professionals, solicitors and other employers. He writes a monthly column in the leading employment publication, Employment Today.

“A calming and professional approach to resolving an issue in a timely and economic way. Thank you for your assistance Paul; much appreciated.”

“For HCC Paul has worked on most of our cases over the last 10 years as the primary partner and we consider ourselves very fortunate to have him with his wealth of knowledge and expertise looking after our interests.”

“I have always been impressed by Paul’s patience, professional manner and integrity in dealing with claimants, experts and often very angry people. He always works towards settling a claim as early as possible with the best outcome for his client.
I would recommend Paul to anyone looking for the consummate expert acting for Councils in terms of weathertightness claims.”

An employer must have genuine reasons based on reasonable grounds for proposing a fixed term arrangement. Paul Robertson considers a recent case.

NINETY DAYS AND YOU ARE OUT

The Employment Relations Authority recently took a tough approach when a teacher delayed too long before raising a personal grievance.

Does a requirement to report a dismissal or resignation to a professional body override the full and final nature of a record of settlement?

Council officers expose their councils to liability for what they do and what they say.

CLAIMS FOR LOST SALARY - HOW MUCH?

When awards for unjustified dismissal take loss of salary into account, employers may end up paying a substantial amount, Paul Robertson warns.

Mr X AND THE NURSE

Getting the procedure right is the key, as a district health board recently discovered.

A claim against the Order of St John emphasises the importance of taking bullying allegations seriously and following fair processes.

Can a casual employee raise a personal grievance? This question was answered in a recent decision of the Employment Relations Authority. Paul Robertson outlines the lessons to be learned.